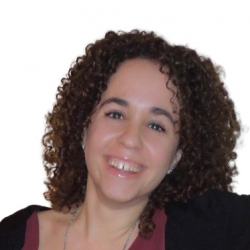 Alice Geminiani obtained the Master’s Degree in Biomedical Engineering cum laude in April 2015, and the PhD in Bioengineering cum laude in July 2019, at Politecnico di Milano. She has been working in the field of computational neuroscience applied to the cerebellum, with the supervision of Prof. Alessandra Pedrocchi and Eng. Claudia Casellato. During the PhD, she has developed multiscale models of the cerebellar circuit using Spiking Neural Networks, to investigate cerebellar functioning and pathologies, specifically studying the role of complex single neuron dynamics and long-term plasticity in cerebellum-driven motor learning. The research activity has been carried out in close collaboration with the University of Pavia (Prof. Egidio D’Angelo), within CerebNEST, Partnering Project of the Human Brain Project. She has spent periods abroad as a visiting student at the University of Granada – CITIC, during the Master thesis, and the Erasmus Medical Center – Department of Neuroscience, during the PhD. She is currently a PostDoc researcher at the University of Pavia, working on the reconstruction of a full-scale mouse cerebellar model mapped on the Allen Brain Atlas, within the Human Brain Project Voucher Virtual Mouse CerebNEST. In addition, she has been working on projects regarding recordings of in vitro neuronal network activity, in collaboration with San Raffaele Hospital in Milan, and the development of embodied mirroring setups for autistic children therapy, in collaboration with Fondazione Don Gnocchi of Milan and Instituto Superior Técnico of Lisbon.