Noelia Chia Bejarano has been a PhD student and a Post-Doc Research Fellow at Nearlab. She received her MsC degree in Telecommunications Engineering in 2012 (University of Seville, Spain) and her PhD in Bioengineering in 2016 (Politecnico di Milano). She has worked as a research assistant at the Electronic Engineering department of the University of Seville, at the Optics Institute ‘Daza de Valdés’ of the Spanish National Research Council (CSIC), and has been a visiting PhD Student at the Bioengineering Group of the CSIC in 2014. Since 2011, Noelia has been working at the NearLab, balancing her research with the guidance of BSc and MSc theses and being an assistant teacher in several courses of the Biomedical Engineering School at Politecnico di Milano. Her research interests involve novel multi-channel rehabilitation neuroprostheses for gait relearning of neurological patients, and experimental studies of neuromotor control using inertial sensors and muscle synergies. She has collaborated with the Scientific Institute of Veruno from the Fondazione Salvatore Maugeri.

Stefano Tolomeo has been a PhD student at Nearlab. He graduated at Politecnico di Milano in “Engineering of computing systems” with a master thesis on “Teo2: an emotional mobile robot for children with disorders in the autism spectrum”. Within this work, he conducted an exploratory research at “Fondazione Sacra Famiglia ONLUS – Istituto Sacro Cuore Milano” involving people with special needs in order to study human-robot emotional interaction and develop a new emotional mobile robot.
He has always been fascinated by technology and its practical applications in robotics, IoT and motion-based video techniques. In May 2017 he was awarded a scholarship and he started his PhD in Bioengineering at Politecnico di Milano within the MoveCare european project (Multiple-actOrs Virtual Empathic CARgiver for the Elder). His research aimed at the development of an unobstrusive gesture monitoring system by exploiting everyday sensorized objects and video analysis techniques to early detect cognitive, physical and social frailty in the elderly living alone. 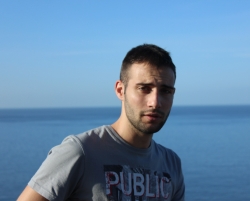 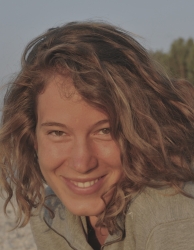 Elisabetta Peri received her MsC in Biomedical Engineering at Politecnico di Milano in 2013 and she has been a PhD student at the NeuroEngineering and Medical Robotics Laboratory since November 2013. Her research interests included the design of innovative methods to improve the rehabilitation process and the evaluation of its effects on both adults and children with neuro-motor disorders, dealing with different technologies as functional electrical stimulation, rehabilitation robots and the Transcrianial Magnetic Stimulation (TMS).  She collaborates with Scientific Institutes S. Maugeri Foundation (Lissone, Monza e Brianza, Italy) and E. Medea (Bosisio Parini, Lecco, Italy).